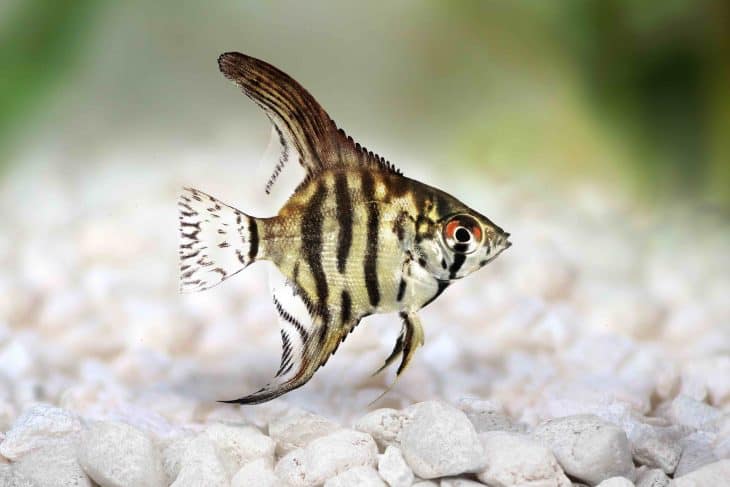 In the event that you are searching for an interesting and delightful type of freshwater fish, think about the angelfish. Angelfish come in a different assortment of colors and patterns. There are also plenty of things to know about them. You’ll be fascinated by all the interesting angelfish facts you will read.

For instance, the majority of them are silver in color. However, they are also available in black, gold, and chocolate shades. Indeed, it is an incredible sight to see when they swim smoothly around the tank. Have them stay in slow-moving and quiet water, and they will be fine!

Aside from being easy on the eyes, angelfish are also easy to take care of. You just need to have a large tank and a good filtration system that doesn’t create excessive currents. This is because angelfish are not fast swimmers. Wondering where they came from? Angelfish are endemic to a large area of South America, including the Amazon River. In addition, they are popular for having long fins that resemble an angel’s wings.

They may be called “angels,” but they got a pretty nasty side, too! However, it is something that is in their nature. If a fish can fit another fish in its mouth, it will usually do so! Most fish will consume fish smaller than them, so if you put fish like fry and tetras along with angelfish, you’ll know what will happen! So, pick fish that are about the same size as your angelfish and everything will be okay.

Did what we just share make you more interested in angelfish? Know more about them with these 40 angelfish facts!

Angelfish is an omnivore.

In the wild, angelfish mostly consume sponges, Algae, plankton, shrimps, white worms, insects, and small crustaceans. In captivity, they may also eat live plants, freshly hatched brine shrimp, and bloodworms. It is also good to give them flakes or put them on a pelleted diet.

Queen angelfish, commonly known as golden angelfish, yellow angelfish, or blue angelfish, is a species of marine angelfish. They commonly live near the coral reefs in the western Atlantic Ocean. Queen angelfish have an oval-shaped, flattened body. It also has a small mouth and small teeth that look like brush bristles. Furthermore, the queen angelfish is one of the most stunning aquatic animals because of its sparkling blue body, yellowtails, and orange and light purple highlights.

Koi angelfish is one the most popular variety of angelfish.

Koi angelfish is an incredible species that features black, white, gold to orange coloration. Unlike the other types or species of angelfish, Koi angelfish have a very thin and tall body. In addition, Koi angelfish prefer aquariums that are heavily planted, with rock formation and a very gentle flow. As long as there is plenty of space, Koi angelfish can live with other varieties of fish.

Black angelfish is a captive-bred type.

Black angelfish is a captive-bred variety of angelfish. Captive breeding means the propagation of animals to help preserve species and prevent extinction. Black angelfish is mostly black, but some parts of the body have varying shades of black. Black angelfish loves aquariums that are well planted, have around 30 gallons of water and are slightly acidic. Black angelfish consume vegetables and other meaty food, as well as pelleted and frozen food like shrimps and bloodworms.

Emperor angelfish is one of the favorites of photographers and artists.

Panda angelfish is a famous variant of angelfish.

Panda angelfish is one of the most uniquely colored types of angelfish. The pattern on their body varies, depending on the specimen, although they are usually seen with a white body and black splotches on their body. The Panda angelfish is also a peaceful type of fish, albeit a bit territorial, they eat other fish in the tank if they do not have enough space. Yikes! Just like the other species, Panda angelfish also love aquariums with driftwood, rocks, and plants.

Marble angelfish have marble-like markings of white, black, and yellow. It also has long, thin, delicate-looking fins. Marble angelfish prefer to live in well-planted tanks, with around 30 gallons of warm, slightly acidic water. When breeding, it is best to separate them in one aquarium until they pair off. After they are paired off, there should be a flat surface where they can lay eggs.

Silver angelfish has stripes that fade or darken.

Silver Angelfish, also known as Freshwater angelfish, or Common angelfish, have black vertical stripes that darken or fade depending on their mood. This species originated in the Amazon river basin of South America. An adult measures around 6 inches or 15 centimeters long.

They usually have long-term relationships and they protect one another from threats. Some breeders have experienced and noticed that upon the death or removal of one of the mated pair, some angelfish refuse to mate or to pair up with other angelfish.

Depending on the species, an angelfish can lay from 100 to 1,200 eggs in one laying, depending on their variety. A pair of angelfish has the capacity to produce eggs every two weeks if eggs are removed from the aquarium immediately.

Both male and female angelfish take care of their fry.

The female angelfish usually lay eggs on broadleaf plants in the aquarium or glass of the tank. It will lay a line of eggs, which the male angelfish will fertilize. The process will continue until around 100 to 1,200 eggs are laid. Both parents take care of their young throughout the development, they swim very close to the eggs to maintain a high rate of water circulation. Once the eggs are hatched, the fry stays on the surface and survive by consuming the residue of the yolk sacs.

Angelfish is susceptible to ich parasite.

Ich, also called white spot disease, is a common parasite that attaches itself to the fish. The parasite can spread, starting with one fish then onto the next. They live within the tank, before getting into the fish. Some factors like congestion, poor diet, and habitat may lead to ich infestation.

Angelfish is vulnerable to Gill Flukes.

Gill Flukes is a parasitic disease that affects the skin and gills of fish. This is usually caused by stress and improper tank conditions. The parasites may get into the skin of angelfish and may result in ulcers and infection. When infected, angelfish may experience red skin, breathing difficulties, and gills that look chewed or shredded.

Captive-bred angelfish accept different water conditions, though they prefer warmer water. It is also important to keep the water pH level between 6.8 and 7.8. Ideally, water temperature should be between 78°F and 84°F (25°C to 28.8°C).

Male angelfish has forehead bump while female doesn't have.

One of the most expensive species of angelfish costs around $30,000.

Angelfish spend their time swimming on the top surface.

Fish that are at least 2 inches in size would be the best tankmates for angelfish.

Size is an important factor when choosing tank mates for your angelfish. Angelfish will eagerly consume smaller fish that will fit their mouth thus it is not good to make a 1-inch fish their tankmates. Preferably, angelfish tankmates must be at least 2 inches or 5 centimeters long. However, it is not safe to house them with big fish like jaguar, cichlids, Oscars, or redhead cichlids.

One of the most compatible tank mates of angelfish is the Corydoras Catfish. Corydoras Catfish originated in South America. They often stay in the lower part of the tank, while angelfish stay most of the time on the middle level, which means they will not interact with one another. Other fish species like Dwarf Gourami, Boesemani Rainbowfish, and Praecox Rainbowfish can also be good tank mates for angelfish. 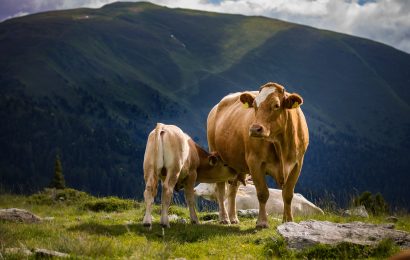