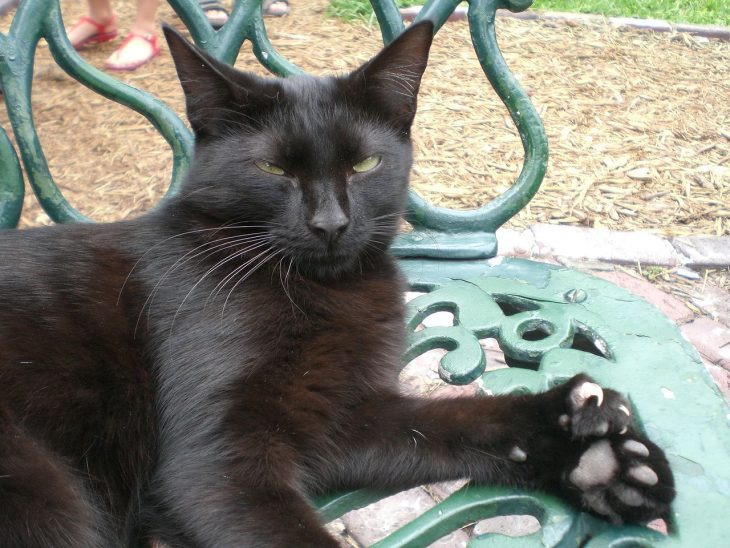 When it comes to genetic defects, Hemingway cats have had more luck compared to other animals. Despite having “extra toes,” their added features don’t harm them the way that genetic anomalies usually do. In fact, most people even find their bigger paws endearing or adorable. Also known for their association with a certain famous author, these cats prove that being different isn’t a bad thing. Find out the other ways that they’re “extra” with these facts about Hemingway cats.

Hemingway cats owe their name to Ernest Hemingway's love for them.

Aside from winning a Nobel Prize for Literature, Ernest Hemingway left a legacy through his love for polydactyl cats. First given a six-toed cat by a sailor, Hemingway immediately grew fond of the cat, naming it Snow White. Since polydactyly is a hereditary trait, Hemingway’s house eventually had dozens of many-toed cats.

Today, the house he lived in during the 1930s has become a museum that houses over 50 polydactyl cats.

All of the cats in the Hemingway Museum carry the polydactyl gene in their DNA.

Hemingway loved these cats for their uniqueness.

It’s not every day that you’d see a cat with six toes or more. When Hemingway first received Snow White in the 1930s, he fell in love with her unique charm. Since then, the author grew fond of Hemingway cats.

Although people often get it wrong, Hemingway cats are a genetic variety – not a specific breed. That said, Hemingway’s Snow White was a polydactyl Maine Coon. While this genetic change can also happen to different breeds, it has been observed that Main Coons born in Southwest England and Wales have a higher chance of polydactyly.

Hemingway named his cats after celebrities.

As expected from an author, Hemingway had novel ways of naming his cats. Often, he would name the Hemingway cats after personalities such as the American actress Marilyn Monroe and actor Humphrey Bogart.

The Museum continued the tradition of giving celebrity names to the cats.

Even decades after his death, Hemingway’s tradition of naming cats after celebrities survives to this day. To commemorate what he started, Ernest Hemingway’s Home & Museum continued to name their Hemingway cats after public figures.

USDA argued that the museum violated the Animal Welfare Act of 1966.

In the early 2000s, the Ernest Hemingway Home and Museum entered a 9-year legal battle against United States Department of Agriculture (USDA). The conflict stemmed from the USDA’s concern that keeping the Hemingway cats violated the Animal Welfare Act of 1966.

PETA claimed that the Hemingway cats were not being exploited.

Amidst the legal conflict, the USDA claimed that the Hemingway House & Museum was basically a zoo, with the cats working at exhibits. To investigate, the USDA assigned undercover agents to observe the cats between 2005 and 2006.

During these years, an examiner stated that the only things they found were fat, happy, and relaxed Hemingway cats.

When Hurricane Irma struck in 2017, the Hemingway cats waited out the storm despite the full evacuation ordered by the local government. Around 10 employees voluntarily held out on staying with the Hemingway cats. Thankfully, the storm passed with no feline casualties.

Their extra toes can be an advantage.

When it comes to hunting, gripping, or climbing, polydactyl cats get an added boost from their extra toes. Furthermore, their wider paws them balance more on different surfaces such as snow.

Some believe that polydactyl cats are better at catching mice.

Compared to non-polydactyl cats, some people believe that Hemingway cats can catch mice more efficiently. In some parts of the United States, Canada, and Great Britain, household and farm owners of polydactyls see them as blessings.

Jake holds the Guinness World Record for the Hemingway cat with the most toes.

On September 24th, 2002, Jake from Canada broke the Guinness World Record for the Hemingway cat with the most toes. With 7 toes on each paw, this male ginger tabby cat continues to hold the title to this day.

It's widely accepted to call a polydactyl cat a Hemingway cat.

Some argue that polydactyl cats are not synonymous Hemingway cats. Various groups contest that polydactylism can occur in any breed and should be distinguished based on their breed. However, most people still refer to many-toed cats as Hemingways, regardless of their breed.

The polydactyl cats have other nicknames.

Over time, people had different nicknames for polydactyl cats. Based on the appearance of their wide paws, these nicknames include mitten cats, snowshoe cats, thumb cats, and boxing cats among others.

Polydactyly is a genetic mutation.

Carried down by a dominant gene, a union between two cats is still likely to produce a polydactyl even if only one of them has the gene.

Polydactylism is generally a harmless condition.

Although they look a little different, Hemingway cats’ extra toes aren’t detrimental nor harmful in any way. However, it’s important for Hemingway owners to occasionally trim its excess nails, which requires a little more care compared to other cats.

As one of the world’s biggest domesticated cat breeds the Maine Coon is one of the oldest natural breeds in North America. Aside from being the official state cat of Maine, these cats are also unique in the way that they have more chances of being polydactyl compared to other cat breeds. 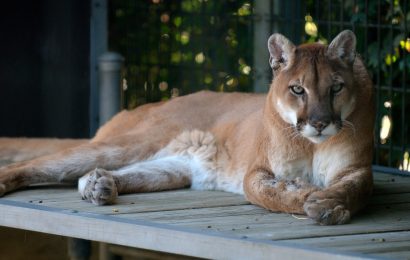 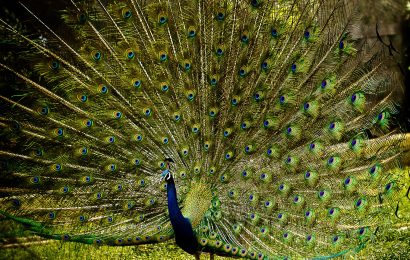