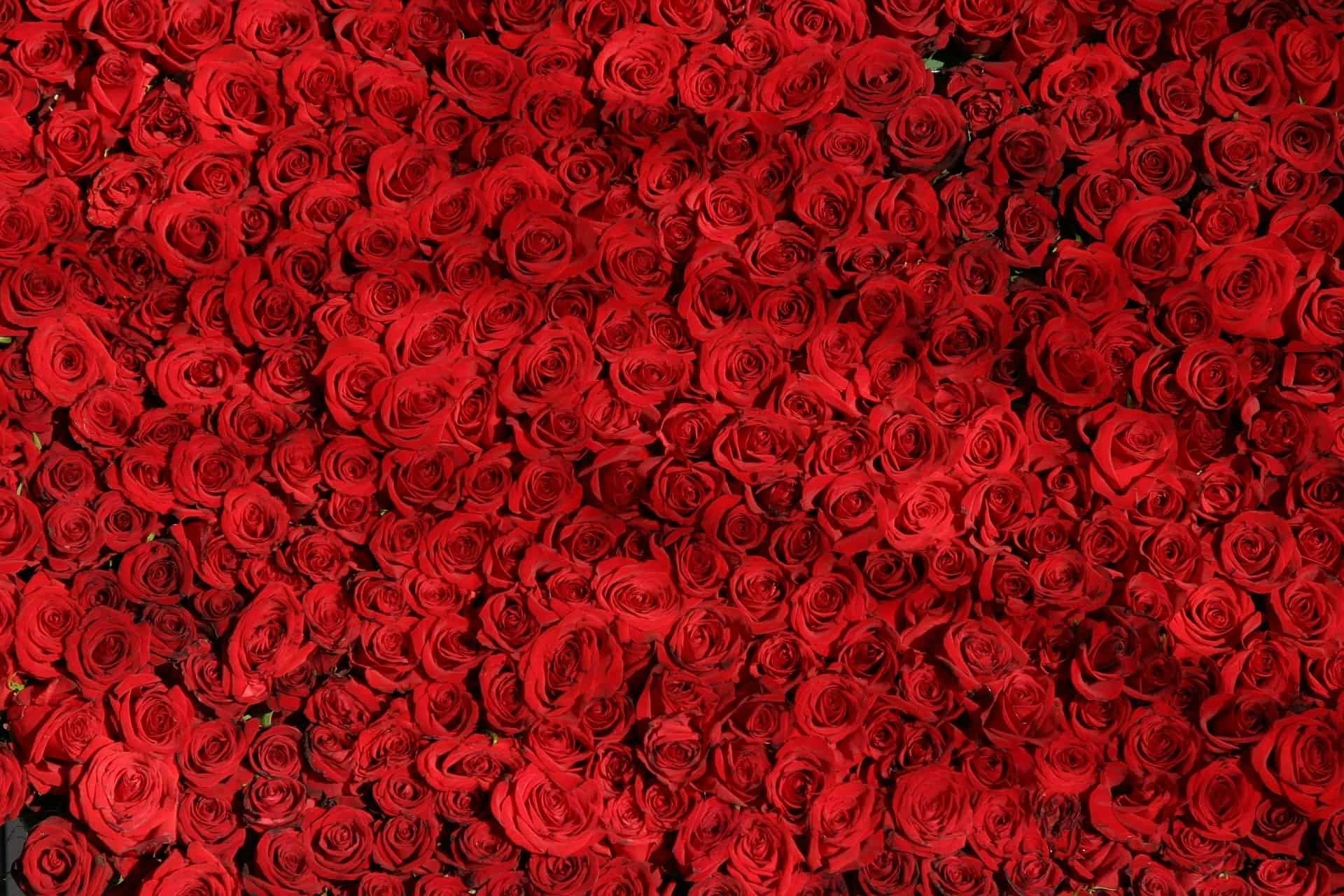 No One Is Sure Why We Celebrate On February 14

Valentine’s Day facts are a little unclear on exactly how the holiday came to be. Valentine’s Day is celebrated every year on February 14, but there are many different stories about the origins of the holiday that we know today. Some say that it originated from St. Valentine, who was martyred for continuing his Christian beliefs. He was killed on February 14, 269 AD. Rumor has it that St. Valentine wrote a farewell note for the daughter of his jailer, after he cured her blindness, and signed it “From Your Valentine”. But there are actually three different St. Valentines in history who are associated with February 14. One was a Roman priest, and another was a bishop. The third also died on February 14, but little is known about him. The first mention of Valentine’s Day being a romantic holiday appeared in the writings of Chaucer in 1382.

Red Hearts Are a Common Symbol of Love

Red hearts are possibly the most common symbol associated with Valentine’s Day. At one time, people thought that the heart was the part of the body that felt emotion, including love, and that it contained a person’s soul and was responsible for the thought process. In fact, when the Ancient Egyptians mummified their dead for burial, they removed every organ but the heart because they believed it was the only part of the body necessary for the trip through eternity. Even though we know much more about the heart’s role in the body today, it is still the universal symbol for love.

Valentine’s Day facts tell us that during the Middle Ages, young men and women drew names from a bowl to see who would be their Valentine. They would wear this name pinned to their sleeve for one week for everyone to see. This is believed to be the origin of the expression “to wear your heart on your sleeve”. Another possible explanation of this expression is also from the Middle Ages, when knights were said to have worn the colors of women that they were courting. The first written expression of this phrase was in Shakespeare’s Othello in 1604.

Valentine’s Day was first introduced to Japan in 1936 and has become widely popular. However, because of a translation error made by a chocolate company, only women buy Valentine chocolates for their spouses, boyfriends, or friends. In fact, it is the only day of the year upon which many single women will reveal their crush on a man by giving him chocolate. The men don’t return the favor until White Day, a type of “answer day” to Valentine’s Day, which is on March 14.

Eggs Could Lead You to Your Future Spouse

Historic Valentine’s Day facts reveal that during the 1700s in England, a girl would pin four bay leaves to her pillow and eat a hard-boiled egg, including the shell, on the eve of Valentine’s Day. Supposedly, if she dreamed of a boy that night, she would soon marry him. Girls would also write boys’ names on small pieces of paper, cover them with clay, and drop them into the water. When the clay broke, the papers floated to the top. The first name the girls could read would be the name of their future husband.

Heart-shaped Chocolate Boxes Have Been Around Since the 1800s

In the late 1800s the first box of chocolates geared towards Valentine’s Day was produced by Richard Cadbury. While he didn’t patent the heart-shaped box full of chocolates that we all know today, he is credited with the first design. The boxes became collectible and were marketed to be used as containers for love letters or other treasured items. Each year more than 35 million heart-shaped chocolate boxes are sold around Valentine’s Day, and a billion dollars’ worth of chocolate is bought.

One of the more interesting Valentine’s Day facts is that different colored roses have different meanings. For example, red symbolizes romantic love. A pink rose symbolizes appreciation. Yellow symbolizes joy, and is a great color to give to a good friend. Orange represents feelings of passion and desire. A lavender colored rose signifies enchantment and is often linked to love at first sight. The average cost for a bouquet of red roses in the US is $73, and most of this goes towards covering the costs of importing of the flowers.

Eat Your Words On Valentine’s Day

Some of the most popular Valentine’s Day candies are conversation candy hearts, which have been around since 1902. Approximately 8 billion candy conversation hearts are manufactured each year for Valentine’s Day; this is enough hearts to stretch all the way from Italy to Arizona, 20 times over. In 2010, the company eliminated all of their sayings for the first time in 145 years and started afresh with sayings selected by the public, including “Text Me”, “You Rock”, and “Soul Mate”.

Hugs and Kisses Were Started By The Illiterate

One of the more fun Valentine’s Day facts involves the symbolic signature of “XOXO”, which means kisses and hugs. During the Middle Ages, when people couldn’t read or write, they would sign documents with an “X” and kiss it to show their sincerity. The origin of the “O” is a little fuzzy, but it is speculated that Jewish immigrants coming to the United States would use the letter instead of a signature They avoided using an “X” because of its connection with Jesus Christ and Christianity.

Love Is For the Birds

One of the most amusing Valentine’s Day facts is related to birds. It was once said that if a woman saw a bird on Valentine’s Day, the particular type of bird would predict what her future held. If she saw a robin, she would end up marrying a sailor. If she happened to see a sparrow, she would marry a poor man, but live a very happy life. But if she happened to see a goldfinch, she would marry a millionaire. Doves are typically a symbol of Valentine’s Day as well, and are often released as a sign of love during wedding ceremonies.

Valentine’s Day is obviously a great day on which to propose marriage, as it is the day of love. But still, a surprising number of proposals happen every year: 220,000 on average. This means that nearly 10% of all proposals occur on Valentine’s Day each year, or that 1 out of every 10 engaged couples got engaged on the day of love. It is also a popular day to get married, with over 12,000 weddings on this day on average each year. The rest of the days of the year have an average of 5,800 weddings each.

Some 180 million cards are exchanged every Valentine’s Day in the US, making it the second-most popular greeting-card-giving occasion (the first is Christmas). The majority of the cards are purchased only a week before the holiday. One of the more surprising Valentine’s Day facts is that teachers receive the most cards, followed by children, mothers, wives, sweethearts and then pets. Cards make up around $1 billion of the $20 billion spent annually on Valentine’s Day.

Valentine’s Day is a Florist’s Busiest Time of Year

One of the not so surprising Valentine’s Day facts tells us that the day is the number one holiday for florists. This single day brings in an average of $14.7 billion dollars each year for florists. Over 189 million flowers are sold on Valentine’s Day, with about 110 million of them being the coveted red rose. Over the course of the year, 60% of American roses are grown in California, but to meet high demand, 90% of Valentine’s Day flowers are imported from Ecuador and Columbia, contributing to their higher price tag during the holiday.

Dogs and Cats Need Love Too

More than 9 million pet owners buy gifts for their dogs and cats on Valentine’s Day, spending an average of $40 each. These gifts include cards and special edible treats that resemble the candy that humans exchange. Pet stores often carry pet outfits that are red or pink and covered with hearts to help your pet celebrate the day in style. While it’s perfectly acceptable to buy your pet something, don’t expect anything in return! It is believed, though, that 15% of women receiving flowers on Valentine’s Day send them to themselves.

Valentine’s Day is Banned in Some Places

Saudi Arabia has a ban on Valentine’s Day, including all the related candy, flowers, gifts, and even the color red. The reasoning behind the ban is that the holiday has pagan origins. Despite the Saudi ban, the holiday is growing in popularity in the Arab world, with retailers, restaurants and hotels aggressively promoting it, which is actually a great step for the local economy. However, if people wear the color red or any symbol related to Valentine’s Day, they may be denied entry into school, work or stores.

More babies are being born by planned C-sections than ever before, giving parents the option to choose their child’s birthday. Recent research shows that over a 10-year period, there were 4% more babies born on Valentine’s Day than the 2-week period surrounding the holiday, meaning that parents desired a Valentine’s Day baby. This study also showed that there were 5% fewer births on Halloween than on the surrounding days, meaning that parents definitely have a preference when it comes to the birth of their children on certain holidays. 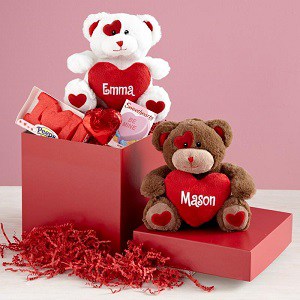 Valentine’s Day facts are full of fun and surprising information surrounding this annual holiday that is celebrated by people around the world. It is a day to express love and appreciation for spouses, significant others, friends, children and anyone else that is important in our lives. The holiday is often associated with flowers, hearts and candy, and is celebrated by married and single people throughout much of the world.